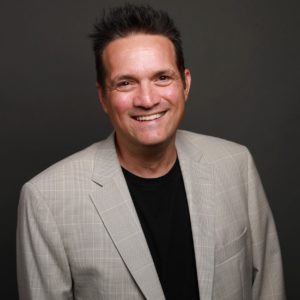 Now in his fifth decade in the business, Los Angeles casting director Matt Barry continues to reinvent himself. Like other industries, Hollywood has been impacted by the COVID-19 pandemic and Barry has needed to adjust–prepared to accelerate with projects once given the green light. In his conversation with Dave, Barry offers his thoughts on the first presidential debate before looking back at a multi-faceted career.

As a teenager, Barry was cast to play the drug addicted son of an opera singer, portrayed by Jill Clayburgh. Barry speaks on the issues of a young actor exploring sexuality and drug use. We share his favorite scene from La Luna, an improv inspired by the firing of Yankees manager Billy Martin. He describes the mindset necessary for today’s actors to survive in the business and the key skills to master in order to compete. Barry shares the pitfalls of early fame and the discovery of a new career. The new challenge of casting director led him to opening doors for a mostly unknown Rachel McAdams and Kat Williams. He also explains the loyalty that has been the foundation of his friendship with Nick Cassavetes.

The next challenge for Barry will be as a producer while continuing to inspire the next generation of performers as a successful acting coach.

"An actor tries to figure out why they didn't get the job. And the truth is, you should go in with the attitude of 'Did I do what I wanted to do?' The rest is out of your hands and I wish I had known that as an actor to just let it go and not wait by the phone. 'Hey, did you get feedback?'
Do you like it?0
0 Read more
Categories

Bill Herenda on the NBA Copes with Crisis

"Justice, equality and doing the right thing and treating people the right way and respecting everyone's life dwarfs the importance of basketball but if basketball is the vehicle you can use to generate attention and garner support for all these issues that are so important....then you try to utilize that avenue again to highlight the issues and affect change."
Do you like it?0
0 Read more
Categories

From Eureka to the Big Time: Whitney Allen on the Cusp of the Radio Hall of Fame

"It's been really hard for me to say, 'Put me in the Radio Hall of Fame' because I want to take all these guys with me...we're a small company. There's four of us. That's it. We have to do every little thing and there's no way I could even do one of their jobs. They have everything ready for me when it's time to go on the radio. The thought of doing it without them is not even possible."
Do you like it?0
0 Read more
Categories

"I went to the Netflix office, had on my suit and the receptionist said 'Good morning' and I just walked right past her like I was supposed to be there. And then I got to the elevator and I'm like 'I got this far. Now I gotta go talk to somebody.' So I asked some woman, 'Who do you talk to about getting a film distributed. I just made a movie.' She said, 'Okay, let me get back to you, sir.' And she goes in the elevator. I didn't know what floor to go to. Then security comes down and escorts me out of there...so driving back I felt good because at least I tried. I had confidence enough in myself to think if I could have got past that door, if somebody saw my movie, it would have been picked up.'
Do you like it?0
0 Read more
Categories

They have those amazing muscles on their bodies and they look fantastic but is that attainable for the regular person? I don't believe so. They train like animals and have to have real restrictive diets to be in that shape and form. And it's for a temporary basis. Very few competitors on that level maintain that body year round. And that's not regular person. I"m the regular person. I'm the person next door who lives the lifestyle. I'm not here to tell you how to build a muscular body or this body that's going to be as hard as steel. No, I'm just a woman who's almost 50, who's learned to live a healthy balance. And I incorporate mental health, physical health, emotional health and spiritual health into my whole composition of helping people."
Do you like it?0
0 Read more
Categories

KCBS’ Steve Bitker Beyond the Box Score: From Food to Trump

Like many during the COVID-19 pandemic, Steve Bitker has adjusted to working from home to be a continued radio presence on KCBS each morning from the […]
Do you like it?0
4 Read more
Prev page
1234567891011
Next page