Sherman’s Stance is Off the Mark 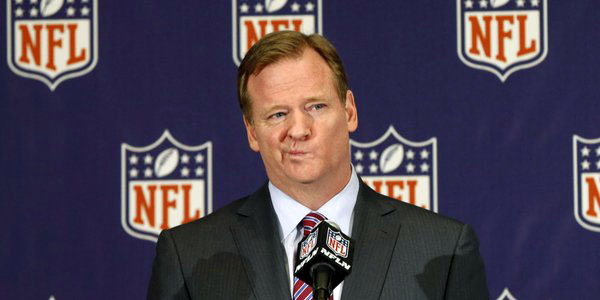 In Time Magazine, Seattle Seahawks cornerback Richard Sherman suggested NFL Commissioner Roger Goodell would not have dropped the hammer on an football equivalent of Donald Sterling.  Now the highest paid player at his position,  Sherman said Goodell is only concerned with the bottom line and that he wouldn't act so punitively unless there were financial consequences in doing nothing.

That's exactly what the NBA did.

Following the release of the inflammatory audio, the backlash was immediate and hit the league in wallet.  The Clippers immediately lost sponsorship dollars with Sterling being universally condemned as a racist--essentially a plantation owner substituting the basketball court for the cotton field.  The players, public and politicians demanded the league take a stand with Adam Silver having no choice but levy the maximum punishment.  The writing was on the wall for what inaction meant to the NBA brand not only in reputation, but especially dollars and cents.

Bottom line:  it's not about black and white but about the green.

Sherman's argument is that the NFL continues to have a team named the Redskins as an example of willingness to shove aside a potential football version of Sterling.  While there's been significant dialogue and protests from Native American groups, there has not been an outcry from advertisers, players boycotting or fans fleeing from stadiums.  Journalists and broadcasters like me take their stance by only referring to the team as "Washington".  If companies felt compelled to keep their commercials away from the Super Bowl, you can bet Goodell would be able to convince the other owners to force Daniel Snyder to make the name change with a new logo in place within 48 hours.

As for the Warriors, Joe Lacob took a gamble on Mark Jackson and rolled the dice by getting rid of him.  Many read between the lines that Jackson's dismissal had nothing to do with winning games but everything to do with with a disconnect with the front office.  While the players loved him, Jackson's inability to "manage upward and sideways" with others in the building led to his undoing. While many experts feel the Warriors overachieved, management obviously felt some wins were left on the table and someone with a better strategic acumen and people skills could get them to the next level.

Lacob understands the overwhelming criticism of the firing and is banking on an upgrade with someone along the lines of Steve Kerr or even Martinez-native Stan Van Gundy.   It's clear the Warriors feel the organization put pieces in place to win and that Jackson simply drove the bus.   The bar has been raised to a top four finish in the West and it's up to the next coach to win over the players and fan base while not crashing the bus.