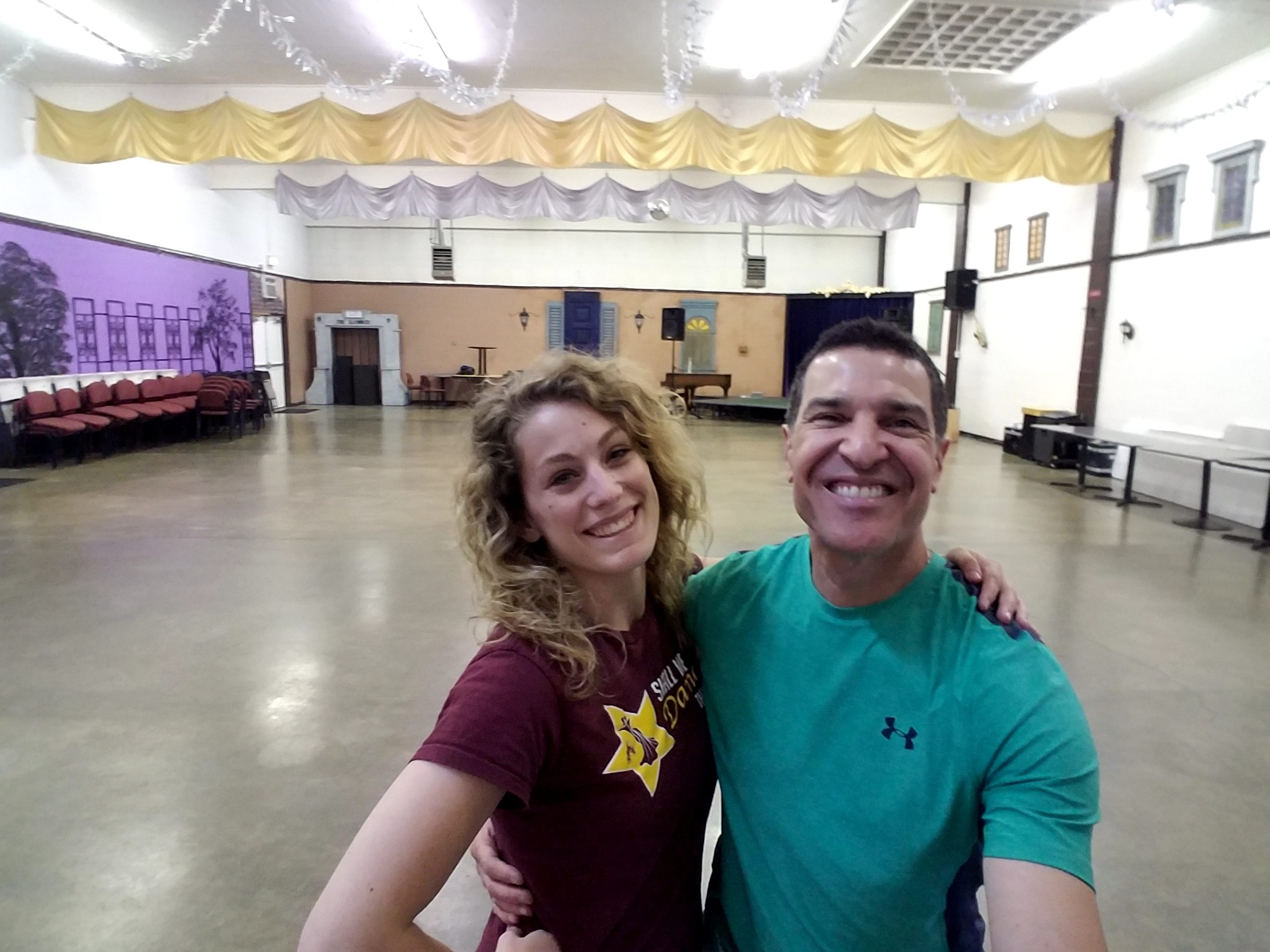 It’s been a few days since the magical night at the Bankhead and I wanted to wait until my back and hamstrings healed before offering my thoughts. Since that hasn’t happened yet, let’s get started.

The first Dancing with the Tri-Valley Stars event was what it was billed to be: a fun competition in a fundraiser that was the warm up act for the Utah Ballroom Dance Company. It was an honor to be one of the six contestants selected to battle for the mirror ball trophy.

The other five competitors are widely respected members of the community and have achieved a lot along different paths:

Faith Alpher is best known locally as a radio personality on KKIQ and an accomplished performer, speaker and business woman. Her energy and spirit are contagious.

Juliette Goodrich comes from KPIX 5–a silky smooth TV anchor and reporter who brought her family and a megawatt smile to the meet and greet. Super nice with an underrated toughness in a competitive industry. The fact she is a martial arts black belt is all you need to know.

Karla Brown is an established realtor and Pleasanton city councilwoman, a combination of grace with a great sense of humor and a spirit of adventure.

Mony Nop also comes from real estate-self-made in coming to the United States from Cambodia as an 11-year-old without speaking a word of English. He spent 17 years in law enforcement before the career change and his committed to making a difference in the world through his foundation.

The Sunday before the competition, the six of us met our partners at the Bankhead and we found out our style of dance for the contest. It was there I met Bailey Steffen, a former gymnast and Oregon State student, who would guide me through a swing routine to Christina Aguilera’s “Candyman.”

Monday’s session at the Bothwell Arts Center was an introductory session to the dance. First, Bailey picked out the right size shirt and pants for my sailor costume and we spent about 30 minutes working through the first two combinations of steps. It started with what’s called a swing basic—a rock step into two triple steps that moved in a circle before a series of synchronized front kicks. It all felt pretty clunky but doable.

The scene shifted the following day to the Livermore School of Dance on Second Street. We worked through more of the choreography and used mirrors for the first time to help correct footwork, line issues and posture. Bailey walked me through the first trick which required her to grab both my hands before dropping to her back hovering just above the floor. There, I’d step over her, rotating left and hoist her back to her feet leading to a turn combination.

Bailey explained that she would then saunter forward and then stopped to tell me what’s next.

“Here’s where you jump over me.”

I noticed she was standing.

“I’ll have one of the guys show you how to do it”, she said with confidence.

“Okay”, I said with no confidence.

Bailey called in Gary to help us. He’s the featured male dancer of the company and a professional ballroom dance teacher. Super fit, graceful and about half my age.

Gary demonstrated and explained that I’d run from behind Bailey and jump while planting my hands on her shoulders—catapulting me higher than a straight vertical jump. He made it look so easy.

Three straight times I sprinted behind Bailey and slammed on the breaks before having the courage to jump. If I took off too early, maybe I decapitate this nice girl. If I take off too late, then my knees drive into her shoulder blades knocking us both over. This jump is early in the routine and if I fall, we’re finished.