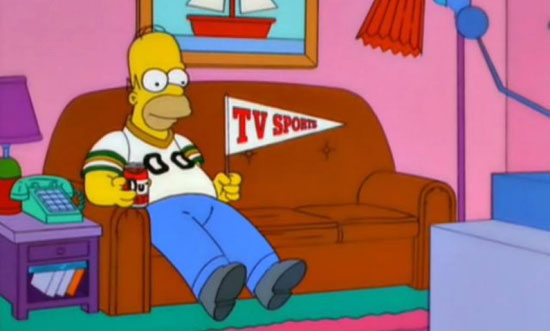 It might not have gone over well with your significant other, but I can't think of a more riveting 12 hours of sports on TV, surpassing the wildest first round of the NCAA Tournament.  Two walk-off homers, a near no-hitter made the  A's three-homer game in Detroit the least dramatic of the four Monday games.

"What are you looking at?"

Any chance Grant Balfour takes a yoga class before Game 4?  Victor Martinez looking at him for a couple seconds after a foul ball isn't grounds for a profanity-laced tirade and a challenge of one's manhood.  Tone it down a couple notches, Grant.

Dan Straily has an opponents batting average of .233 and will take the ball in Game 4 against Merced's Doug Fister.  I think he has the moxie to end it and let the A's set their rotation to have Colon go in Game 1 of the LCS.

The Dodgers sure look like a team of destiny.  Until Juan Uribe bailed his team out, LA seemed headed for Atlanta after taking a chance with Clayton Kershaw on three days rest.  This team doesn't remotely resemble the crew that was 12 games below .500 with Don Mattingly on the verge of being fired.

But Carl Crawford has become the player Boston signed for big money, the energy of Puig, clutch hitting from the likes of Uribe and Gonzales, front line starting pitching plus a lights out late-inning combo of Wilson and Jansen have made the Dodgers the team to beat.

It's great work if you can find it:  Matt Flynn is making $14.5 million for starting one game in two years.  He may not have been the answer in Oakland but deserved better than the Washington game to prove he has more to offer than Matt McGloin.  Head Coach Dennis Allen threw Flynn under the bus and didn't accept enough responsibility for his team's failings.

Thanks to former 49er Roger Craig for getting the wheels in motion to start the San Jose Rock 'n' Roll Half Marathon.  A day later, my legs are saying anything but thanks.