By TKO, Wilson over McCain 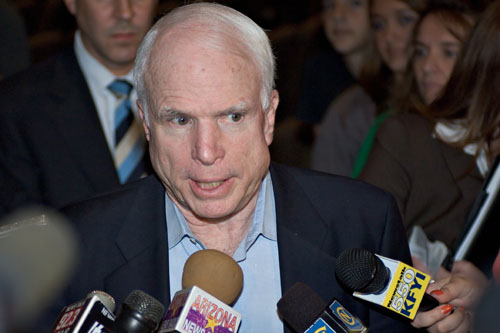 We all have said things we wish we could take back, whether in business or in a conversation with a loved one.  However, in the world of Twitter, once the send button is hit, there's no turning back.  This can lead into a war of words over nothing with us "followers" getting a ringside seat.

That led to L.A. reliever Brian Wilson throwing his haymaker in response:

For McCain, the Diamondbacks and Giants fans, the Dodgers' act was distasteful.  But to the victors go the spoils--along with swimsuits, beach towels and Hanley Ramirez' "I see you" goggles".  D-backs pitcher Brandon McCarthy let the pool water roll of his back, saying Arizona can keep the pool to themselves by winning the division next year.

Perhaps McCain and the others can learn from McCarthy's big picture view to keep things in perspective and be concerned with things that really matter--like hoping the Dodgers lose in the first round of the playoffs.