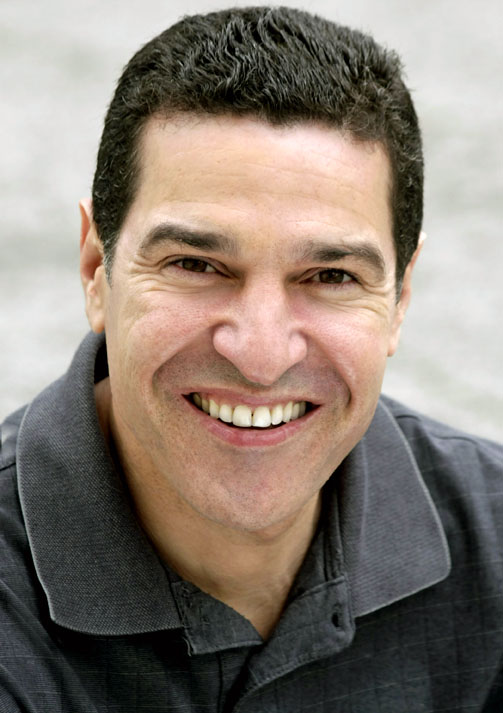 With over 30 years in broadcasting, Dave Lewis has become a media personality in his own right, with a career that has encompassed both radio and television. 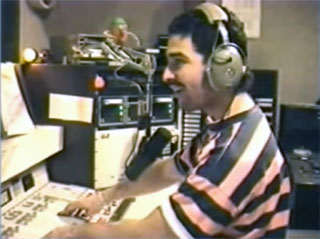 Dave’s broadcasting career started at Fullerton College’s KBPK, juggling duties as a disc jockey and play-by-play announcer--voted the school’s sportscaster of the year. While still in school, he took his first professional job as a Top-40 DJ at Inland Empire KGGI in San Bernardino.

Three years later, he landed at KKLQ San Diego and soon moved to KWSS San Jose as the 6-10 evening personality. During his time at KWSS, Dave was consistently ranked number one in the market in the 18-34 female demographic, and 25-54 overall audience while ranking second in teens.

The Top-40 journey continued to KSOL San Francisco and to KHQT San Jose where he was the afternoon personality and production director. He had the honor of being the last voice on the station before switching formats in Aug. 1995.

Answering the Call for Sports

The transition to sports began with Dave coordinating, selling and producing the Santa Clara men’s basketball radio package in 1995. In the first year, the Broncos led by senior guard Steve Nash reached the NCAA Tournament, beginning a run of 12 years as the Broncos play-by-play announcer. During that time, Dave landed the evening sports anchor position on KCBS San Francisco, the highest rated news station in the Bay Area. It was a job Dave held for 21 years. 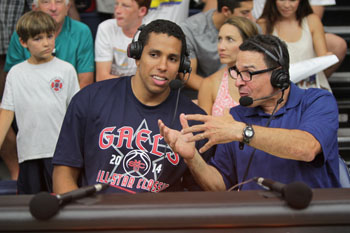 In 2009, Dave accepted the play-by-play job for the women’s basketball team, Cal Bears, with the Bears claiming the WNIT championship. In 2013, the Bears earned the school’s first trip to the Final Four with Dave behind the mic in the national semifinal against Louisville at the New Orleans Arena.

Also in 2009, Dave was hired by Comcast Hometown Network as a play-by-play announcer and analyst for the company’s high school football and basketball package and later non-conference games for St. Mary's college. He also announced the 2011 Wharf-to-Wharf 10K, The CCAA men’s and women’s soccer championships and the CCAA men’s and women’s basketball tournament in San Diego.

Two weeks after the CCAA final, Dave was tabbed to announce the CIF basketball championships at Arco Arena in Sacramento for Time Warner Cable Sports.

Dave parlayed the Comcast exposure into a fill-in sports anchor position on KPIX 5 San Francisco in 2011 and took on more play-by-play the following year with the nation’s top-ranked high school football team, De la Salle of Concord, CA in the final year of legendary coach Bob Ladaceuer's career. The San Jose Sabercats came calling next with Dave announcing arena football after Cal’s Final Four run. In their final season in 2015, the Sabercats set a pro football record with 20-1 record capped by an ArenaBowl championship with Dave behind the mic.

Following his long run at KCBS, in 2017, Dave accepted an opportunity with NBC News Radio, ready to take on the new challenge of sports updates nationally on iHeart Radio and in different markets around the country. That summer, Dave was selected to be the keynote speaker at the US Naturalization ceremony at the Paramount Theatre in Oakland.

Sept. 2018 marked a new chapter when Dave was named the TV play-by-play announcer for Sacramento State football of the Big Sky conference on CBS 13 Sacramento and ESPN Plus.

Feb. 2020 Dave accepted the the opportunity to return to arena football as the TV play-by-play announcer of the expansion Oakland Panthers of the Indoor Football League on KBCW San Francisco (CW 44). However, the franchise didn't take the field for two seasons because of the COVID-19 pandemic. The team would relocate to San Jose before the start of the 2022 season.

On a Personal Note 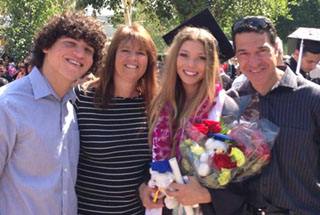 Passionate about health and transforming peoples lives, Dave is a bootcamp instructor and fitness coach in Livermore, CA. Also, as the boys and girls 8th grade basketball coach at Mendenhall Middle School, three of Dave’s team’s played in the Tri-Valley Championship, winning two titles and only once losing more than three games in a season.

As an actor, Dave has appeared in nine independent films, including a starring role in 2013's Oakland's Squad, directed by Mario Bobino. In 2017, he was cast a co-star in the indie drama, Jimmy Kendrick. in 2021, Dave starred in the independent short Critical Affair, which captured numerous awards including best short at the San Francisco Independent Film Festival. He ended 2021 with a supporting role in the indie Charlie, produced by Michael Scordakis and a co-starring role in the Almaden Films production of The Moretti Brothers.

A new challenge emerged in 2018 with an invitation to compete in the first Dancing with the Tri-Valley Stars at the Bankhead Theater. Preparation with Brigette Claure from Arthur Murray and dance pro Jill Breckenridge paid off on May 12 with a mirror ball trophy victory featuring partner Bailey Steffen from the Utah Ballroom Dance Company. That summer, Dave and Breckenridge were reunited to close the Alameda County Fair by performing the choreography from the final scene from the 1987 film Dirty Dancing.